We took custody of the girls first thing Monday morning on December 23rd at ESWS, the Korean agency. As we were walking in, we ran into two families we’d met during our court visit the month prior. You’re never alone when you’re adopting, that’s for sure. The network of people having this shared experience is bigger than you think and more welcoming than you’d ever expect.

Hye Ree, the girls’ foster mother, brought them down along with her own 10 year old daughter. Plenty of people out there think what an incredible moment for a family to be united. While that’s true, adoption is a double-edged sword. Where there’s a beginning, there’s an end.  Our daughters are 18 months old, just 4 months younger than my nephew Cooper. He’s a bright little boy and knows who his family is. Imagining Cooper in their position or even ourselves in the foster family’s makes it very easy to understand how pronounced the loss is that comes with adoption.

While I was overjoyed that the girls were finally ours, it was equally heartbreaking watching the foster family’s response. Hye Ree had been with Austin for over a year and with Stevie for nearly 2 months. Same goes for her daughter. Hye Ree was visibly upset, but had been supportive in her actions all along the way. She was always encouraging the girls to play with us and called us ‘mommy’ and ‘daddy’ at every meeting, even back in November. Her daughter had emotionally shut down and barely interacted with the girls. I made note of the blankness in her face and it wasn’t until I came home and looked at all of the beautiful photos and videos they had taken of Austin and later Stevie that I really came to understand Hye Ree’s daughter’s reaction. She was a glowing, silly 10 year old taking selfies with her little baby sister. For her, I can’t imagine how this could be explained in a way that makes logical sense. 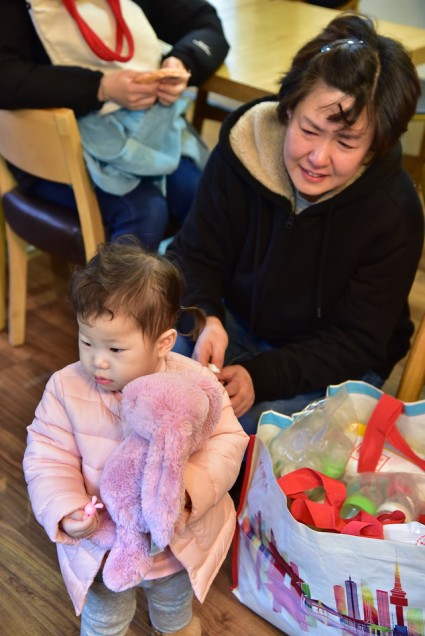 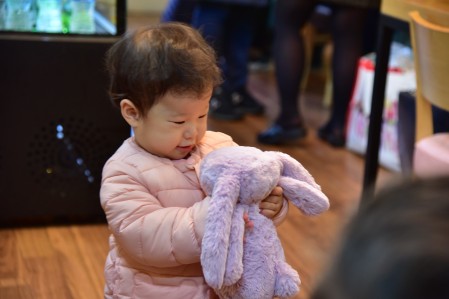 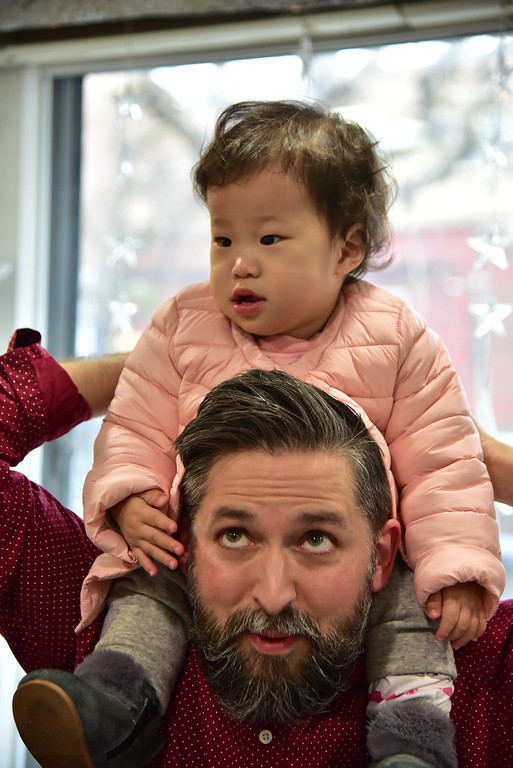 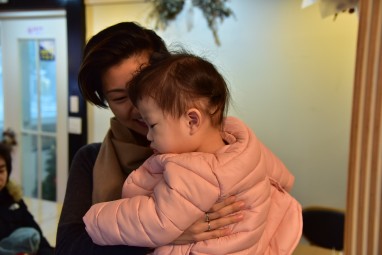 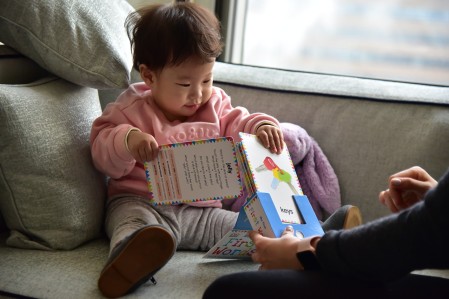 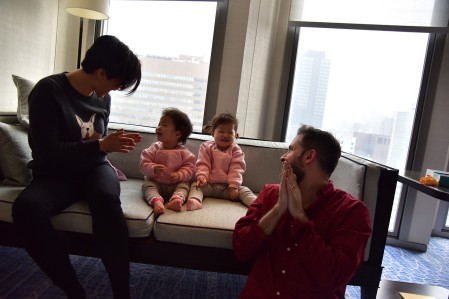 It felt like we were ushered out of the agency a bit quickly, so we said our short goodbyes. Once we got to the hotel, we had some quick play time to reacquaint the girls to us and to my parents and sister. Then before we knew it, it was off to the US Embassy for our visa meeting. Thankfully the girls slept through all of it and we weren’t far from the hotel when it was over.

We all spent the rest of the time in the hotel wandering around, playing with flashcards and my dad’s eyeglasses, and ordering room service for dinner. Shockingly, the girls were not as interested in their traditional Korean meals as we were guaranteed they would be. Instead, they were all over my mom and her side order of french fries. Ha.

I have more pictures than I know what to do with from that day, but I’ll leave you with this one. After my saint of a sister coached us through bed time, we ate our room service in the bathroom. Welcome parenthood indeed!