Like magic, our custody and visa meeting date made it possible for not only my parents to join us on the last leg of our journey, but also my twin sister. I’d mentioned previously that my twin sister and I were adopted almost 33 years ago. Back then, the process for my parents to adopt was very different. There’s plenty more red tape and hoops to jump through, including these two separate trips to South Korea. Having them was more meaningful for me than I could find words to write here. 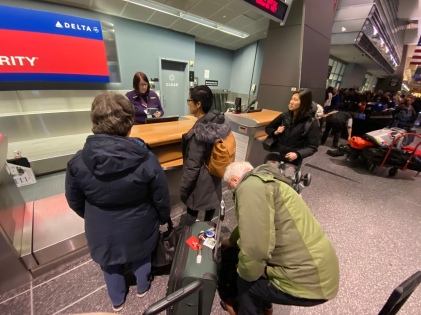 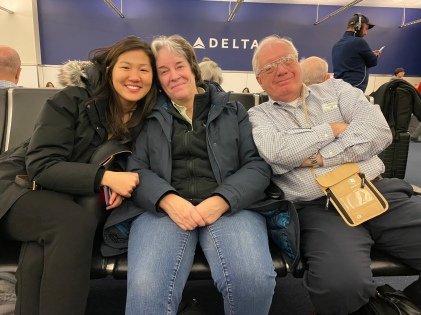 We headed to Seoul on December 19th in anticipation of our custody and visa meeting date on December 23rd. We arrived the evening of December 20th and got two days to take in as much of Seoul as we could on December 21st.

We fought the jet lag head on and scheduled a full day of site seeing with Jiro, our friendly tour guide. We traveled all this way, it would have been a shame not to see some highlights the city had to offer. John and I learned that the hard way from our first trip – we hardly did anything outside of our pre-planned adoption activities. Having Jiro take us around was probably the best decision we made. He knew the most efficient ways to take us to as many places as possible without it feeling too fast paces or drawn out. He was also hilarious. It was a real pleasure spending the day with him. I really cannot recommend him enough. 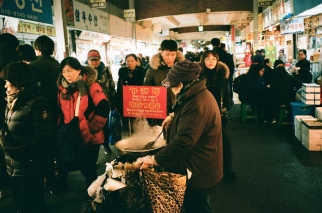 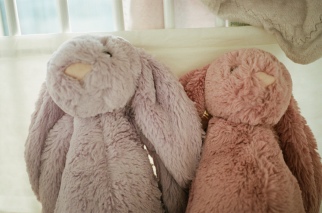 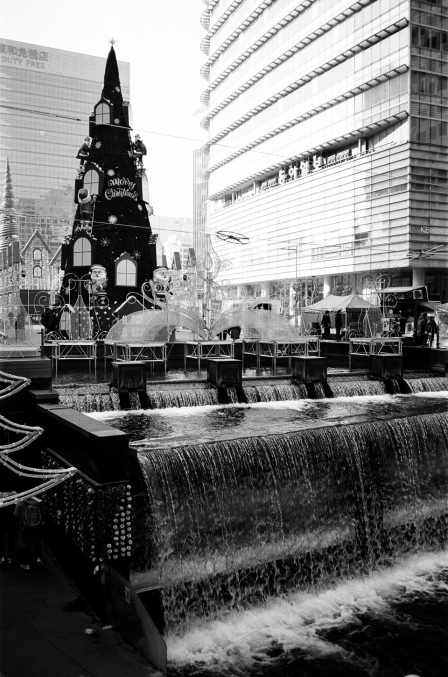 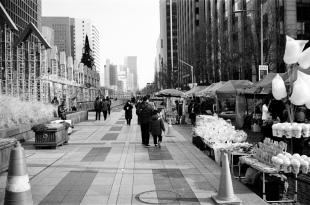 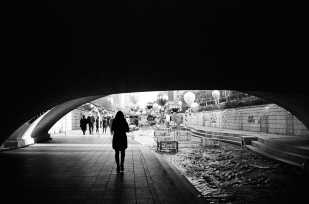 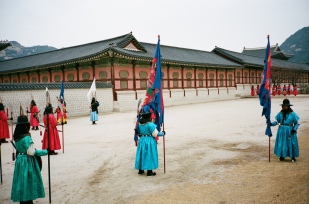 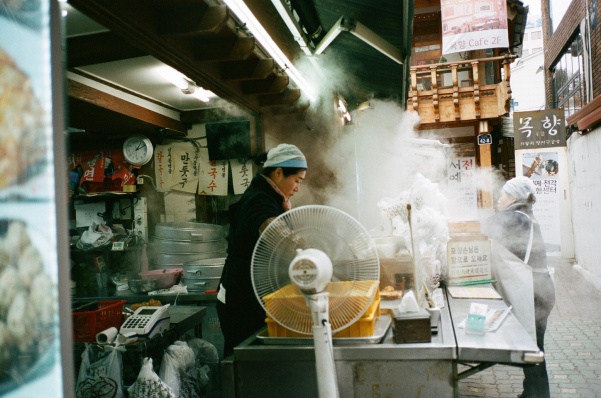 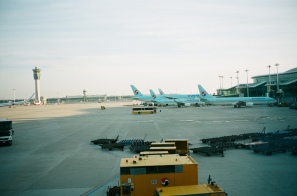 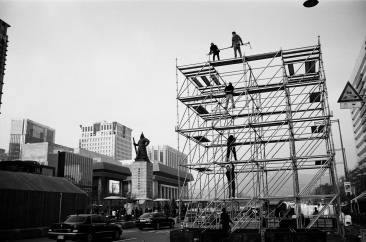 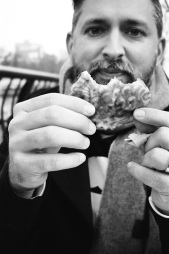 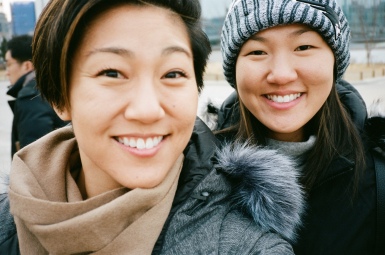 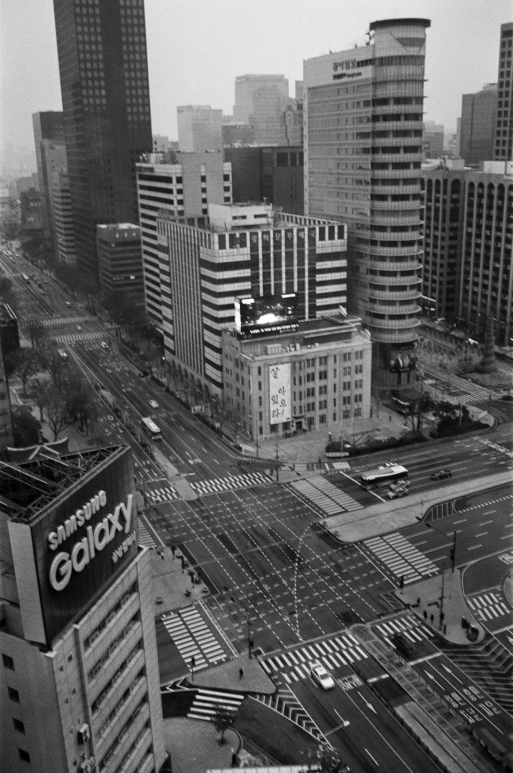 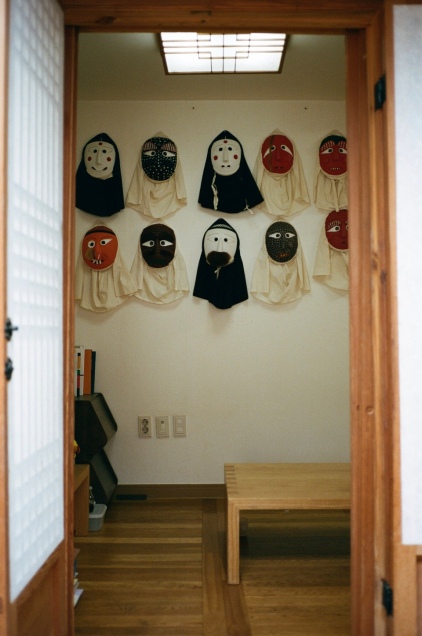 Lucky for me, I decided now is a great time to bring back an old hobby – film photography. You know… because I’ll have an abundance of time and expendable income just laying around now that I’m a new parent. I was able to snap a few rolls during our stay and these were some of my favorites to include in our girls’ life book, so they can look back and see these memories as well. Notable stops for me were Gyeongbokgung Palace, one of the five Chosun dynasty palaces, Gwangjang market, and Cheonggyecheon Stream which was decorated beautifully for Christmas. 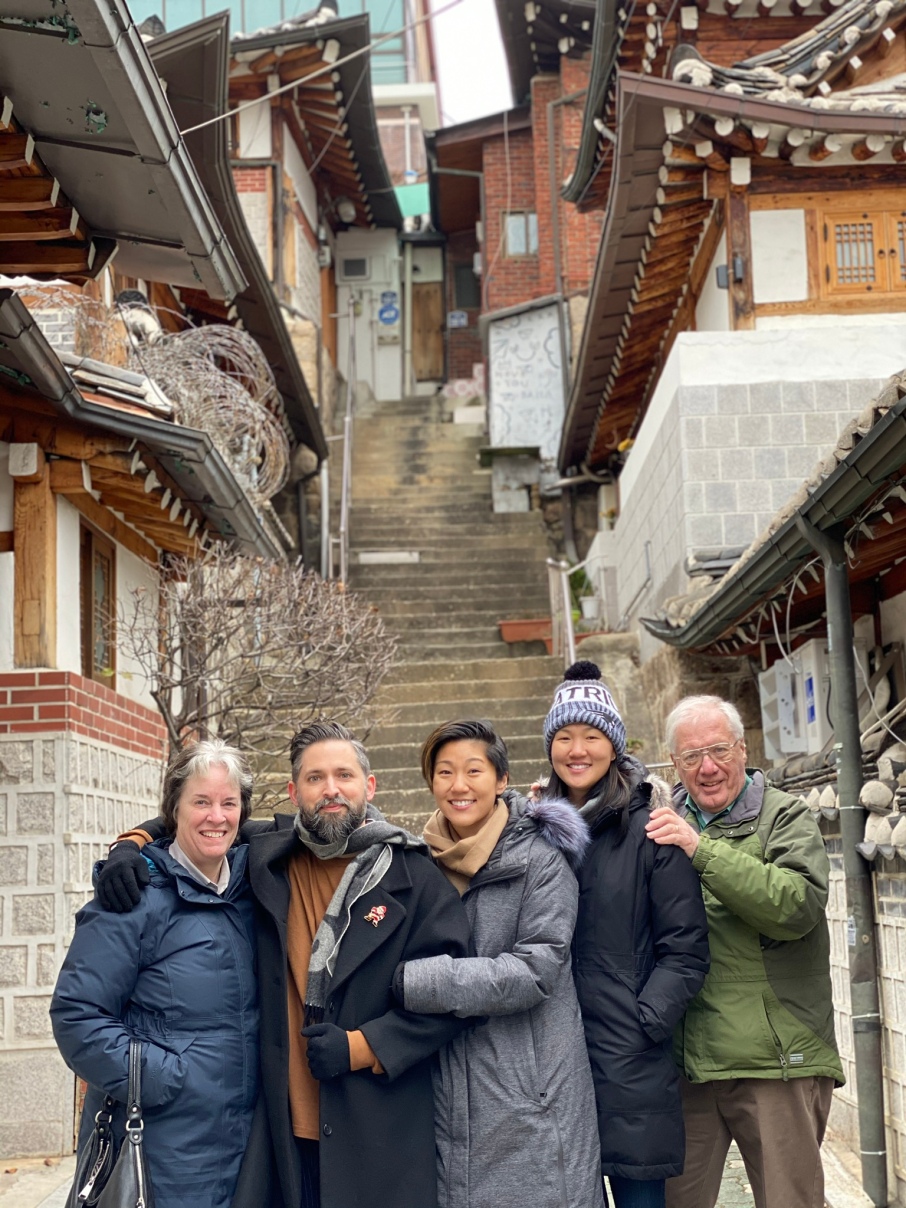 On the day prior to our custody date, which we all eventually termed Sweeties Eve, we bought last minute snacks for the girls and spent the evening recanting old stories of my parents adopting and childhood memories growing up. It was an emotional day for me and my family was my strength.