I have searched every dark corner of the internet for the pros and cons of adoption, specifically international adoption. There is a lot of controversial stuff out there, with the most egregious being Phillip Clay’s suicide. It’s an unusually cruel loophole where adoptees can be deported back to their birth country, not realizing their adopted family had not taken the steps to naturalize them as U.S. citizens. Most people cite the lack of post-adoption services and communication of those all too critical next steps.

And I’m not just talking about babies here, I’m talking about grown adults being sent back to a country that was really never theirs to begin with, without their family or any means to communicate properly in the county’s native language. Thankfully, the Child Citizen Act was passed in 2002 that simply put, allows for automatic citizenship when the child enters the country and the adoption is finalized.  Unfortunately, that was not retrospectively applied to adoptions prior to 2002.

I must have been living under a rock all these years, not realizing any of this was going on.  I guess that’s what happens when your bliss blinders are on because you feel so ingrained into your own family.

But maybe I should take a step back first.

I’m Katie and I was adopted from South Korea almost 31 years ago.  Here’s a sweet baby picture.

That’s me on the right with my twin sister, Krissie.  (Hi Kris!) Unclear how old we were, but we look pretty fresh.

Clearly a little more developed in this one – with our mom and dad. This obviously can’t be a picture from the 80’s without a baby bowl cut! Am I right?  I’m on the left and despite my apathetic expression, I was having a great time… and the good times kept on rolling.

Kris and I grew up on Long Island and adoption was not a foreign concept to our family.  I don’t remember a distinct moment when my parents told me I was adopted because there was no one moment. They were always transparent about it for as long as I can remember. Adoption was the new normal in my family.  Here’s a picture of my cousins a few years ago after Beth got married in England and came back to the US to celebrate. 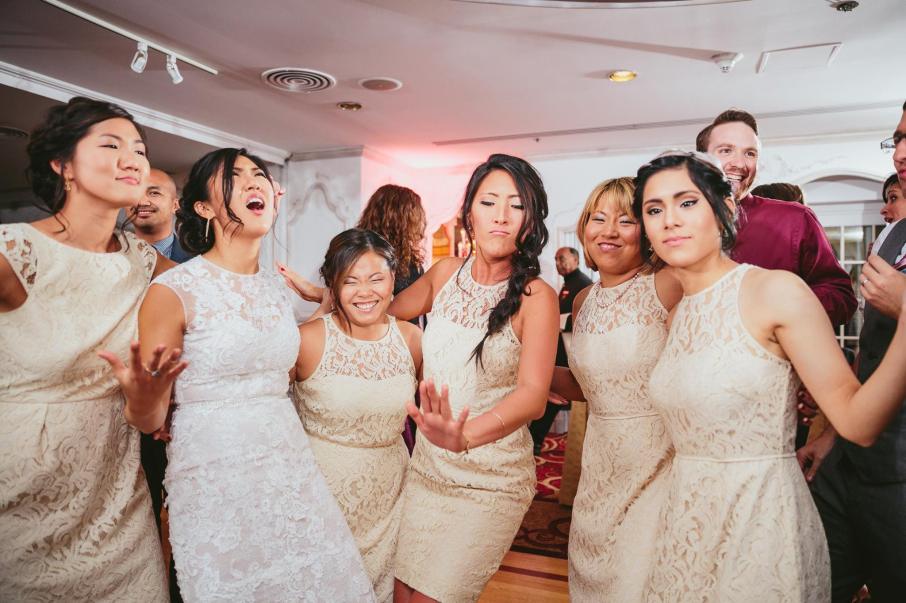 A picture from our wedding day. All of my bridesmaids are adopted including one of my best friends, Jae, the tall crazy woman in the middle.

So that brings us back to my current online binge…

That’s John. We’re about to hit our two year wedding anniversary later this month and man has this year been the year of the babies.  I guess that’s relatively normal at this stage of our lives, but John’s sister had a baby,  my sister has a baby on the way. My cousin had a baby.  Friends have had babies.  Babies babies babies! They’re literally everywhere.

Here’s an early picture of John. I’m throwing this gem in here because he also has a proper bowl cut and I wouldn’t want him to feel left out.

After a year of difficult prioritization on my part, I’ve finally said yes, it’s time to grow our family! John has always wanted to be a dad. In fact, he told me on our first date. Dead serious. I’ve always been on the fence. I’ve never felt particularly maternal and I often questioned whether not wanting to have kids was normal. It is, in case you didn’t know the answer. For me, I came to the realization that I do think I would be a good mom and I do think a part of me would feel like something was missing from my life… a joy that cannot be replaced by anything else.  I had such an incredible childhood and couldn’t imagine my life any other way. When John suggested adoption as a viable option, I don’t think I could have loved him more.

Reading through adoption blogs and current events definitely makes me a little more wary of international adoption, which for the most part sounds pretty loose on regulation. That being said, I truly believe this is the right decision for our family.  We are very much in the early stage of this process and can’t start our application process until we’ve been married for 3 years according to ESWS’s requirements.  We are excited and know this will be a long process, but I want to document our journey so our family will always these memories.